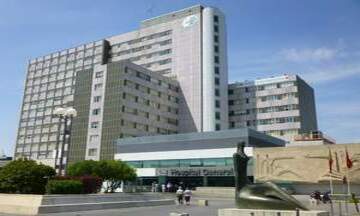 Why is Spain a good destination for medical treatment?

What is the cost of medical treatment in Spain?

Which are the best hospitals in Spain?

Mespoir is a medical tourism company that has close ties to all the best Private and Government hospitals in Spain. When a patient shows interest in getting medical treatment in Spain, the Mespoir team reaches out to the hospital, and provides them with the patient’s reports. After the hospital has provided a probable treatment plan, it is forwarded to the patient so they can make up their minds. After a patient has reached a decision for pursuing treatment in Spain, a Mespoir representative reaches out to the hospital to arrange for the patient’s arrival, including their travel, transport, accommodation, translators, etc. The Mespoir representative stays with the patient until their entire treatment has successfully concluded so that the patient’s journey is completed without any troubles or complications. Contact at: care@mespoir.com or +91 8882202803